As mentioned before millions of records have been sold during the past century. The record has evolved during this time to a durable and reliable carrier format and in many instances, very collectible. There are many factors that make records collectible:

Generally limited quantity is by far the biggest contributor. Many people believe that the older the record, the more it will automatically be worth, but this is usually a fallacy as there is no point in having a prized and unopened copy of a title that was produced in 1957 if there are hundreds freely available. This does not mean that all old titles are low in value, but you obviously get the picture. If you are the lucky owner of one of a run of very low numbers ever produced, the value and collectable nature is obviously high. Add old age to it and the numbers remaining in pristine condition is bound to be low. Value will be directly proportional. A good example is the Strawberry Music Sampler by Strawbs. Originally released by Dave Cousins and Tony Hooper and privately financed, the run was limited to 99 copies. This was the maximum number of record copies that could be produced that was exempt from the then current tax limit and the original idea was to distribute these records at shows and performances with the intention of getting other artists and groups to cover their songs. Of the original 99 copies only two are known to exist, with no more than 5 copies being a better and more practical estimate. Last valued by Record Collector at roughly 500 pounds a few years ago, that value is certain to have crept up steadily over the years and estimates now put the value at roughly 700-800 pounds. That’s to say if you ever got one. Even the original band members do not have pristine copies. An even better example of limited quantity has to be the single record release of Music for Supermarkets. This was music recorded by Jean Michel Jarre in 1983 and the original master tapes and plates destroyed effectively making it a totally unique record, and then sold on public auction to an undisclosed bidder. It did however later become known that the original buyer was a certain M. Gerard and the original purchase price was a staggering 69000 Euros. It has subsequently been sold twice. Although the record was played once in its entirety after the sale and probably recorded by many people, the copies are not of high quality as Radio Luxembourg, who did the broadcast, is an AM station. So the original is still absolutely unique.

Original releases withdrawn in time due to various reasons.

The best example here has to be The Beatles and their so-called Butcher cover. This was the original release of Yesterday and Today, the ninth album by The Beatles. The album showed the band members dressed in white smocks/overalls and the held various decapitated dolls and pieces of meat. The public and media severely criticized them for the use of the original image and it was deemed to be in bad taste. An alternative and new cover was then pasted over the original cover and subsequent releases were devoid of the original image. Ironically enough there were more mono pressings of the release than stereo (the ratio was roughly 10 to 1), making any remaining stereo copies much more valuable than mono copies. Although the original copies were on sale to the public through retail stores, it was probably only for a day at most, as the record was recalled on orders of the Capitol Records EMI Chairman, Sir Joseph Lockwood. Most of the original recalled units were consigned to the landfill, but because there were so many copies already printed, they decided to paste the alternate cover over the original. For obvious reasons the so-called “first state” covers (where no image had been pasted over, with the original cover intact), command the highest prices, but “second state” covers are also very valuable. The highest price paid thus far for a first state cover was nearly 40000 USD on auction in Texas in April 2006. It is believed that first state stereo copies will now change hands for approximately 47500 USD. Other pressings/states will range from 150 to 10000 USD, depending on condition and other factors. 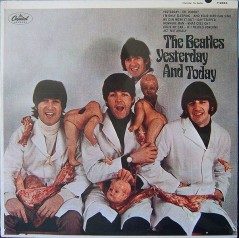 This is one of the most interesting stories of all vinyl releases thus far, although the value has never been particularly high. Russia no longer represents the same communist values of before, and it has become decidedly western in its approach to all things, but this was not always the case. Rock and roll was always considered a really bad influence in Russia and such music was banned. In the USSR and Eastern Europe in the 1950’s underground night spots would play music pirated from the west. The only media they had were recorders etched into discarded X-Ray film. Nobody can say for certain who first used X-Ray film as the base material for new record discs, but the method became so widespread in Hungary, for instance, that not only amateurs, but even Hungarian Radio made sound recordings on such recycled film. The majority of music would enter via Eastern Europe because control on records was less strict. The process was not too different from self publication of banned writers onto film via the roetgenizdat (“X-Ray Press”). The typical one-sided record on film cost roughly 1 to 1.5 rubles and roughly 5 rubles for a double-sided disc. By the late 50’s officials knew about these records and by 1958 it was declared illegal to have or trade with such records. Officals took action and broke up the largest ring by 1959, sending the leaders to prison and beginning an organization called the Komsomol which organized “music patrols” that later undertook to curtail all illegal music activity all over the country. Rock music was banned in the USSR until as recently as 1986, the word “rok” was even banned from the Russian language and media. Ironically enough, Russian authorities eventually found a way of rooting out the X-Ray records by selling them on the Tolkuchka (market). The record would begin and after the first few bars of music the music would stop, and a voice would say:”You want rock-n-roll?” followed by the most amazing cursing and elaborate swearing. What eventually killed the records existence was not this government action, but rather the availability of reel-to-reel records that people would take with them and record musical events, and also make copies and duplications at home, without the risk of going to the market. 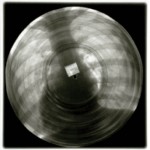 The majority of such discs have always been unique and fairly collectable, and were mostly used for promotional purposes originally, but many groups and artists have produced them as accompaniments to general releases, and then usually in the form of hit releases on the new album, with either a re-mix or a special B-side being done as well. There are numerous examples of this through the years and very often coloured vinyl was used, or images embedded in the vinyl. 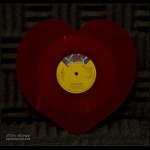 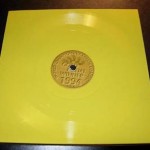 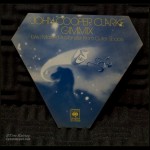 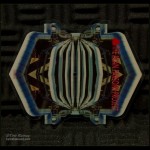 This is usually a normal 12” disc with an image imbedded over the entire surface area. This image is usually an image of the band members or even the cover art of the studio release. Very often picture discs are also created for recorded material of the band, e.g. interviews, etc. Contrary to popular belief picture discs can play like normal discs and are not only decorative by nature. One of the nicest sets of picture discs is the four individual discs of the Kiss band members’ solo LP releases. These are usually supplied in a plain sleeve or plain white cardboard sleeve.
Century Child Haysi Fantayzee 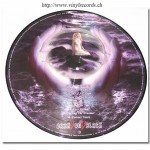 The most valuable 7” singles 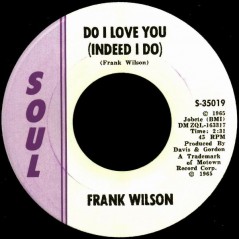 The venerable (and often overlooked) 78. Although we do not really listen to 78’s in this day and age, their collectable value is high in certain cases. The most valuable 78’s are as follows:

1st pressings (versus later re-issues). This refers to original 1st generation pressings of an official release. In many cases certain second and later pressings will also be valuable, but will not exceed the value of the original. Interestingly enough many 1st pressings were mono and their value was higher than the stereo release equivalents. The Beatles, Beach Boys, various other 60’s groups are good examples here.

Bootlegs. These are illegal recordings and are usually not sanctioned or approved by the group or artist, and the sound quality is not always great, but they are quite collectable and often quite unique in offering a very interesting insight into performance of artists that would otherwise not be known. In many cases their sound quality (or downright lack thereof) is also their downfall, but this has not diminished their popularity at all. The reason why some sound terrible is because recordings are made by members of the audience/fans, and these are often distributed amongst fans alike. However, certain bootlegs are of high quality and often become duplicated in earnest. The best quality bootlegs are usually taken from so-called “soundboard” recordings, where they were fed into recording devices directly from the actual mixing desk at the show itself. Many music sites will not allow any discussions on their forums or fan sites regarding bootlegs or their content, but this is something that will not go away. Some recordings are in fact so good that certain artists/groups have actually used them as part of their official releases (or in part, at least). The most well-known bootleg of all time is Bob Dylan’s Great White Wonder (also commonly referred to as GWW). A double album originally released in a plain white sleeve (hence the name), it was the first release on the TMQ Label (Trademark of Quality), culled from multiple sources, andcontain Bob Dylan material as well as with The Band. It has subsequently been bastardized and re-sequenced and generally renamed, etc. but it does not detract from its general importance and impact it has had in the vinyl world. It has been claimed that GWW sold roughly 350000 copies, but this cannot be verified. However, it is most likely true. In many instances the original release was later copied and so badly chopped and changed as far as sequence, tracks and content was concerned, that it bore no resemblance to the original release, and even renamed. Another good example is Strawbs’ Nomadness release. Here the bootleg cover is shown first, followed by the original cover. 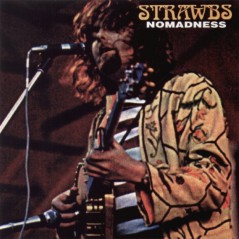 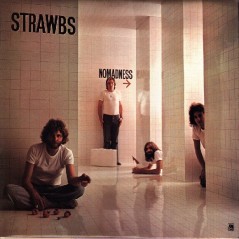 In the majority of cases bootlegs were cheap and cheerful affairs that did not take any cover art or anything else for that matter serious at all. It did offer some interesting pictures of the bands and serious fans reveled in the variety and the opportunity of having multiple performances and interesting versions that did not appear on normal studio or live albums. Have a look at the following Kiss album covers. 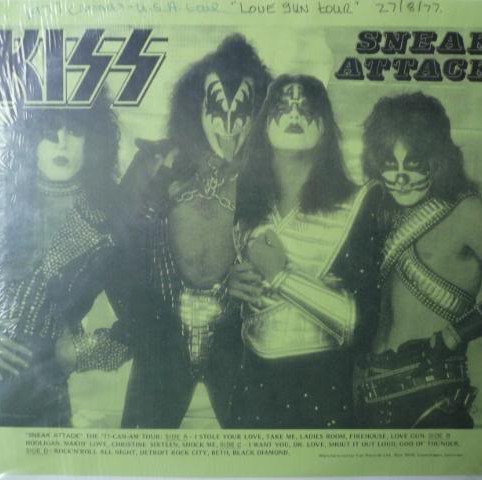 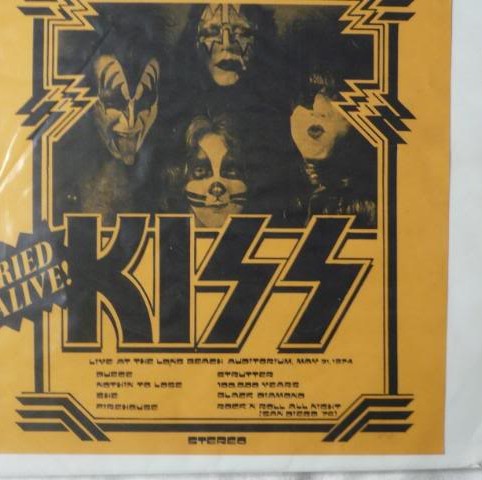 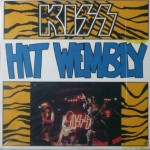 Collecting can be a very rewarding and interesting pastime and/or hobby. Just remember that we all gain different enjoyment from the whole process, and that we all have different taste and listen to different types and styles of music. The bottom line with vinyl is still the fact that we have to enjoy it for what it is, and never forget that it is still a poor substitute for the real thing – going to and listening to live music. But the fun that can be had with records is truly amazing. As Pearl Jam so eloquently pointed out – Spin the black Circle!